Finding affordable, appropriate housing for our refugees is the most intractable, nagging, chronic problem the Guardian Group faces. The Bay Area is hugely expensive and the people we help have little money.

Here’s a bit more background on housing and the Guardian Group’s experience.  We hope that after reading it, you’ll consider providing space for a refugee to live!

Government assistance for refugees and people granted asylum is pretty much the same all over the country. (Asylum seekers get no governmental help.) So, a refugee in Pocatello, Idaho gets basically the same public assistance as a refugee in San Francisco.

In addition, many straight refugees come in family groups. Each person gets their own allotment of assistance which the family can pool to get a bigger, better living space.  In contrast, sexual minority refugees cannot live with others from their homeland because most other refugees are just as biased against them as the society in their home country.

One solution would seem to be to not try to resettle refugees in high-cost San Francisco.

But, many low-cost areas of the United States are also those where homophobia and transphobia are baked into the local culture.  Even in the Bay Area, the services, public transportation, medical care, and social support vary significantly from city to city.  San Francisco is a superior place for our refugees to live because of its Newcomer Refugee Clinic at San Francisco General Hospital, LGBTI-oriented neighborhoods like the Castro, the Healthy San Francisco program, and other “only in San Francisco” services.

So, the best place for sexual minority refugees to live is in high-cost, but supportive, communities like San Francisco.  What a task!

What is Needed for Refugee Housing? 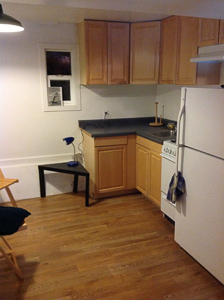 Refugees don’t need elegant digs.  They need a safe, private room and access to kitchen and washing facilities.  Refugees also must pay some rent, about $200 a month, while Asylum Seekers and Asylees are able to accept — and would appreciate — donated space.

Here are some very-nice-to-have features of a refugee’s room:

Housing arrangements can be for fixed terms or open ended.  Most of our hosts have started with a commitment for two months.  Many have then extended their offer to another two months or more. Some hosts cannot extend or do not want to… that’s okay.  We are grateful for whatever people can provide.

The refugee’s room can be furnished or unfurnished.

We have discovered some common surprises that can cause disappointment or friction between a person offering housing and a refugee.  Here’s what we’ve learned: 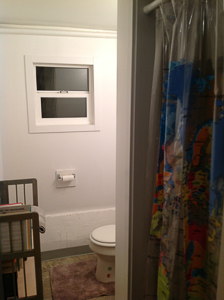 While the the differences between cultures can be surprising, seeing our culture through the eyes of a person from a third-world country on the other side of the globe is also extremely revealing. And, interesting!

The Guardian Group works with hosts and refugees to establish a successful and rewarding housing experience.  People who provide housing are doing a great good.  They also are participants in a unique, once-in-a-lifetime experience: the acclimation of a refugee to San Francisco and America.

Please contact the Guardian Group for more information about helping a refugee live in San Francisco.